A recent study published late last fall revealed interesting information on the trends in new residents moving to a memory care assisted living community. While more women than men are diagnosed with Alzheimer’s disease every year, men are outpacing the rate of growth for moves to a senior living community. When looking at data from July of 2011 through June of 2014, the study showed that men are 27% more likely to require a memory care program than women and they are moving to a community 14% faster than their female counterparts.

Researchers felt there were two reasons that might be linked to this trend. For family caregivers, wandering and aggression are two of the most difficult behaviors to try to successfully manage in a home environment. Men have higher rates of both. They are 8% more likely to wander and 30% more likely to exhibit aggressive behavior. The causes of each are often fairly similar.

What Causes Wandering and Aggression in People with Alzheimer’s?

There are several reasons commonly believed to contribute to both wandering and aggressive behavior:

We hope these tips help you find ways to better manage the difficult behaviors caused by Alzheimer’s disease.  Contact us for care management for your aging loved one. 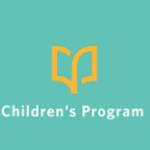 What is Advocacy? Who is an advocate?

What do I need to retire? What should I do in preparation for retirement?

Helping a Senior Loved One Successfully Transition to Assisted Living